I am a Taiwanese, and I really hope this game would have Chinese version.(⁠*⁠﹏⁠*⁠;⁠)

Thanks for your team that always makes great works❤️.

I will support you forever.👍

Bruh Batavia is Jakarta, Indonesia... As an Indonesian I'm glad that the name stuck :D

Now, if The Echo Project makes another VNs with Batavia as setting, I'm not sure anymore which 'Batavia' that they referred.

Reply
The Echo Project2 days ago

The ingame name Batavia comes from a former name of a region in the Netherlands!

So, can we say that that city is the future of Cliff's hometown?

the Batavian Republic was Netherlands under french rule during french revolution and napoleonic wars. It lasted from 1795 to 1806 when it was annexed directly into the French Empire.

will this be a romantic visual novel on the side?? seeing alex and dawn hound would be a cute couple! but its ok if they wont date or anything :3 id just think its cute

other then that question, i just wanna say this is an AMAZING VISUAL NOVEL

Reply
The Echo Project7 days ago(+1)

This visual novel will feature romance in the future, yes! Raoul and Milo are both potential love interests. ~Redd

How does Echo Project keep one upping themselves with the projects?

Aren't they have some teams to working on each VNs?

A VN with amazing art, writing and music? I'm sold

I am absolutely in love with this story. Admittedly, I'm generally not a fan of superhero stories, but the draw for Glory Hounds is how it doesn't take itself so seriously; it's a fun ride so far. The comic book styling and catchy soundtrack really keep your eyes glued to the screen. I am beyond excited to find out how this novel plays out.

Also, Alex would make the best boyfriend ever. He's a total sweetheart, though being smokin' hot is just the spotted icing on the cake.

Ace and Gary, The Ambiguously Gay Duo from Saturday Night Live and Furry Force from CollegeHumor. Anyone remember those two cartoons? I know it sounds random as hell but while playing Glory Hounds, my mind immediately thought about those two cartoons. They're dumb fun at best, cringey trash at worst but thinking about it now, I wonder how bad of a picture they painted in the eyes of "normal people". Y'know, milquetoast, white-bread "Christian" types who stick their nose up at shit like this thinking "how horrid!" Blah blah.

Now, I never liked superheroes to begin with. I couldn't keep up with comics because there were too many multiverses or side-stories going off on different tangents. I grew up on superhero films but I could never connect with any of them. I don't like power fantasies (shocker, I know) and I couldn't relate due to how fantastic their backstories were while mine is rather bland and fucked up.

I didn't know what I was expecting from Glory Hounds. When I first heard about it, I gave it an 'ehh' due to my distaste in general. However, after reading Echo (and finally finishing it. Man, what a trip that was), I became obsessed with Visual Novels, excited by the prospect of reading again. So, I gave Glory Hounds another shot. The first thing that blew me away: the animation and the music just in the title sequence. My jaw literally dropped. This is coming from a Ren'py engine?? I couldn't believe it. I haven't read too many Ren'py Visual Novels but the Echo Project have impressed me in such a short span of time.

As for the first issue itself, I felt giddy after finishing it. This VN wasn't just gay, it was positively gay, it was upliftingly gay, it was BEAUTIFINGLY GAY! Nearly every character was handled delicately and had a great sense of charm. The futuristic world and atmosphere looked impressive and fun! The story itself was lighthearted but serious with an air of mystery surrounding it. This is not your typical superhero story and Alex is very relatable. I love Raoul and his overall goofiness. He is played off as a "Batman-type" figure but he shows how much fun he's having doing it, like nothing fazes him. I'm excited to see how the story unfolds and I'm glad you're doing this by " comic issues" giving us time to gush while giving yourself ample time to work on the next story beat.

Coming back to what I've first said, Glory Hounds is nothing at all like the two cringey cartoons I've mentioned. GH has heart, charm and a great sense of positivity embedded into its personal narrative. I can't wait to see what happens next

I've never liked Visual Novels. But I did really like this one and am excited for the next issue!!!!!

At first I thought I wouldn't like it, but it was quite the opposite. I love this and I'm looking forward to more! It takes me back to my younger years in a very good way while feeling I dunno, somehow better because it has neat dogs? Yeah let's just put it this way.

Batavia is one of the best vn settings I've seen! It's lively, futuristic and colorful. It's also fun to look for any Echo Project related easter eggs. I am looking forward to see more of the city itself! 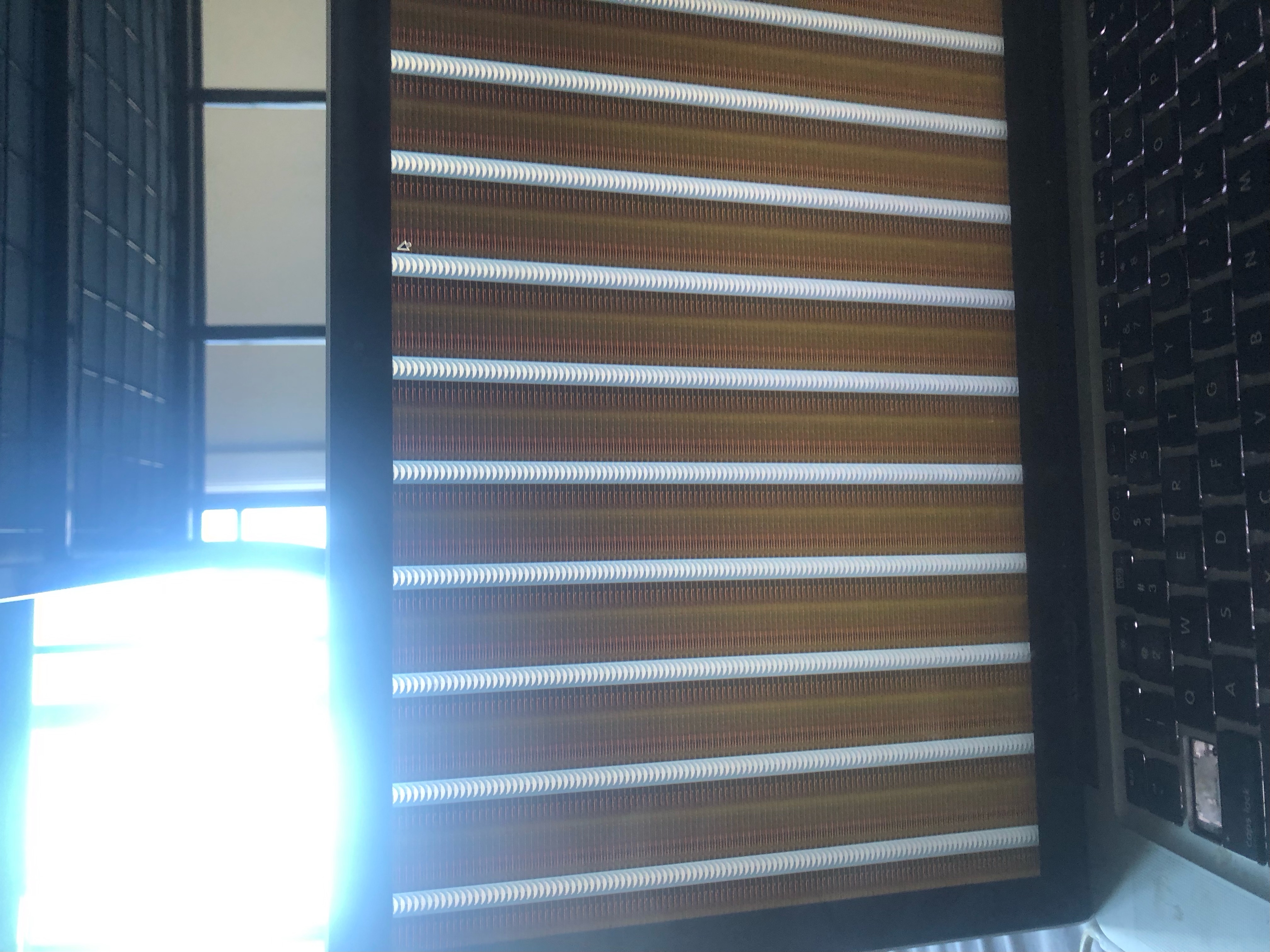 please fix!!! i downloaded on mac, then my screen when crazy

I love the characters, kind of goofy, yet so loveable!

Thank you guys so much for this! I was laughing my butt off reading this! I CANNOT WAIT for the next installment!

The ARTWORK, the ANIMATION, the MUSIC!!! Praises upon Praises to you folks for creating this!

This VN was extremely fun to read through; It was nice to see you guys incorporate a slightly more lighthearted tone, and the premise is an extremely fun one. The comic book visuals and animations are fantastic, as is the art style. I can't wait for the next episode. 10/10 y'all knocked it out of the park again.

The only thing I would say is it'd be nice to have some more interactivity in the future. Never worked with Ren'Py myself, but the whole secret chute discovery seems like a missed opportunity to let the user click and explore until they found it themselves - but then again to what extent that's even possible in the engine I have no idea.

That is absolutely possible. 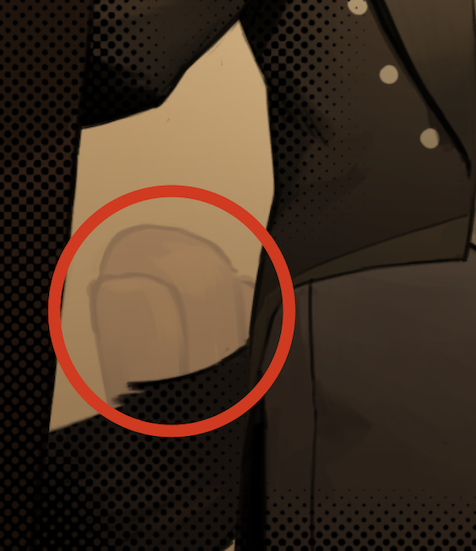 Just amazing overall presentation. You guys sure stretch Renpy to its limit.

Hey, I just wanted to say good job on the VN it's great, but I did want to bring up one small inconsistency that made it's way into issue 1.

When you first meet Milo his sprite has a scar over his right eye, but in the very last scene with Milo and Raoul in the doorway his eye doesn't have a scar on it at all.

Edit: The eye his scar is on actually seems to change depending on the direction he's facing.

The left side.  Probably.

His left I mean.  Thought I saw something about the eye itself while I was looking.

Reply
The Echo Project55 days ago(+4)

That's the pesky thing of working with asymmetrical character designs in VNs, I suppose!

We're looking into the best way to make Milo's blind eye and scars match the direction he's facing. Might be implemented in a future build if it shakes out. Thanks for playing! We appreciate your support! ~ Redd

The music, the "comics" like style, the details in everything -- I love everything about this!

Thank you so much for this and I can't wait for the upcoming updates! ^^

By what stretch?  There's a shorts scene but not much is happening.

Nice, Echo Project yet again expanding their capabilities in a VN. The water physics are so pretty, the animated panels coming through are a nice stylization, the comedic timing is great, and the subversions to the cliches of a superhero origin story are on point.

This is so good and so well made already, its great as a VN and honestly as a comic book too !! Cant wait for more!!!

Omg I'm so loving this game hope we see more

Absolutely AMAZING in every sense of the word UwU truely epic~ and I love all the Adastra references :3

Great game for the moment (too early to really know for sure), we will see where it goes... but...

Maybe it's just me... but the first impression of Dawn Hound is very bad.

Not only he is thinking that putting a totally untrained guy to do hero job is fine (which means that he doesn't really care about his life or the lifes of all the innocent people he may fail to save because of his inexperience) but he also... makes offensive bets about the life changing decisions the dalmatian makes like it's a game.

Maybe that was intentional, and you wanted to portrait him as an inconsiderate inmature asshole who thinks the hero thing is nothing more than a harmless game, and doesn't really realize just how big and dangerous it really is. In that case, very good job, congratulations *thumbs up*.

But if it wasn't intentional... maybe you should reconsiderate a couple of things about that "presentation" of the character... just my opinion.

Raoul has reasons for what he does and how he goes about doing it. Some of that will become clear as the story progresses.

I will say Glory Hounds is not something that takes itself TOO seriously. There's a tiny bit of cartoon/comic logic involved. In terms of what we take inspiration from, think less Batman/Watchmen and more Totally Spies/Darkwing Duck.

You're free to interpret the character however you like though. :)

I will wait to see how the story continues then :)

Thanks for the reply.

Not sure if this is a spoiler but..

How do you guys pronounced 'Opgedoeckt' in the beginning?

It's a Dutch word, and a play on words since 'doek' can also mean a painting canvas. If you throw it into Google Translate you get a pretty accurate pronunciation!

First Super-Nova, now this incredible super hero vn! This is a comedic super hero origins not just for Alex but also Dawn Hound. Echo Project really put in all the efforts to create another good vn.

Btw I love the Adastra references

Is this a JoJo reference?

Another great VN from Echo Project!
This was absolutely amazing and super adorable, I loved every second of playing this! And I can't wait to see issue 2.

Does this story take place in the Echo universe? I noticed that Cliff (The Smoke Room) is also from Schippersburg, Batavia.

There was originally a TSR tie-in intended, but this was scrapped, although some references will still remain.

I think this is preferable. No need for a tie in.

The music is absolute perfection. And the art style too tho.

How many plates do you guys need spinning at once?

But this is great.  Well, they all are.

PC version needs a bit of permissions tweaking to get it running on Linux.
[install directory]/GloryHounds.sh needs o+x applied to make it executable
Several things in [install directory]/lib/py2-linux-x86_64/ need to have o+x enabled or the game will crash with "Permission denied" errors

Reply
The Echo Project59 days ago

There's a Linux-specific build now! I hope it fixes the issue. - Redd

It did indeed.  New linux distro just boots with no tweaks needed.

Oh my god that first update!!!
Absolutely adore the music and the art, it all feels so good!