A downloadable game for Windows, macOS, Linux, and Android

The Smoke Room is a horror/romance visual novel set in a small desert town in the year 1915. It is a standalone prequel to Echo.

Moving to the town of Echo was a bad idea. Trusting someone he barely knew was an even worse one. The Smoke Room tells the story of Samuel, a sex worker in the town's most infamous brothel. After making the biggest mistake of his life, Sam will struggle to keep it a secret. He comes to realize however, that doing so might be impossible...Echo itself seems to know what he's done, and it's not keen on letting him forget.

If you enjoy this and would like to support us on Patreon (and get early builds), you can do that HERE!

(Please try to scrap old saves every time there is a new update.)

How many builds will there be

is it finished yet ? i want play it so bad.. should i play it rn or waiting for the game released full ?

sadly its not finished yet. it still has a looong way ahead to be finished so its up to you if you want to play it rn or not.

Play it right now. It still has a pretty sizeable gameplay

minor spoilers, so be warned!!

alright so goddamn, i love this game. and there's one specific element of its story that i think makes it so intriguing when compared to both Echo and Arches (both of which are excellent). the POV switching between characters lends such intrigue to the relationships they have with each other and allows for the player to have a more in-depth idea of their thought-process, which is absolutely major in a more character-driven game such as this. and the increased amount of small choices during these sections are also a great addition. also: smayers my beloved <3

Where do I report text typos?

Echo Project never fail me for doing a amazing Story Game, thank you Echo Project for sharing these amazing games

The new update was great. I finally get to say it. :)

The part when sam is dragged actually spooked me lmao, keep up with the nice job 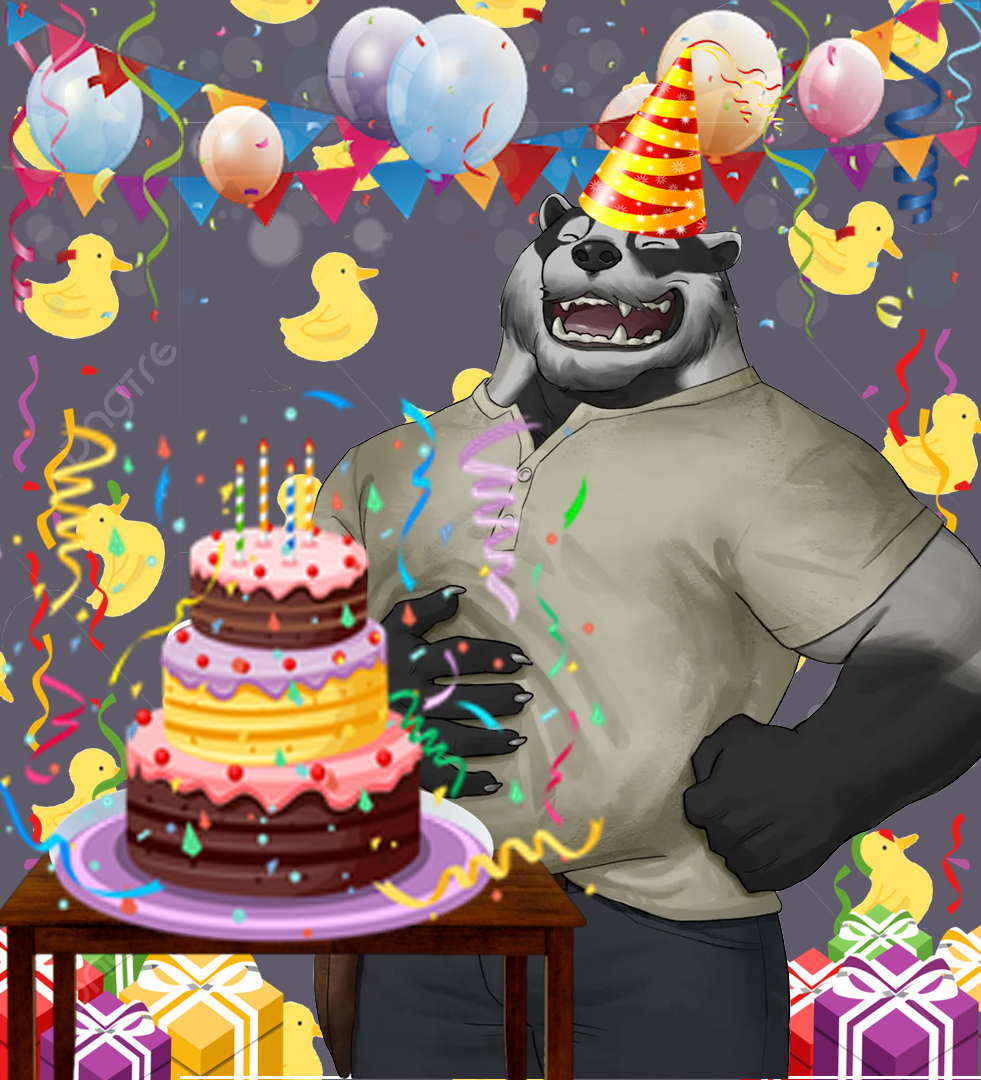 Happy birthday to my beloved nik, the best boy

Doesn't the public build release a month after the patreon build? Was there some sort of delay, they forgot, or am I missing something here?

I'm wondering that too. I heard Arches is being released for public this week, but not tsr :(

Reply
The Echo Project26 days ago(+9)

Hullo! I was taking a break for the holidays. Update should be up today~

Nice, at least there wasn't a problem. Can't wait to play :)

Oh thats fine. I'm glade you took some time off.

I've got a question lol. Why that .exe icon?

Reply
a vague direction29 days ago(+1)

All games developed with RenPy share that same icon.

True, but you can actually replace it with a custom one.

They did that for Echo, I guess they haven't gotton around  to it yet for tsr.

Oh I didn't know it

Wasn't there a Christmas Special to this game?

Todd cute that what matter.

Why i can't update the game :(

when is build 23 gonna be public 😭😭😭😭 im fiending broo

I'm waiting for it too. And the new one for Arches also.

SPOILER PROBABLY but I want to ramble a bit.

After analyzing the possibilities of a "what if" happier fate for Sam canon wise (since we sort of know what happens with him because Echo and all), I've come up with a theory that he needs to free himself of his own guilt and cycle of trauma caused by his devotion to God. I mostly see him being so devout and reading the Bible as a burden that causes most of it. A lot of it coming from his fear, and him needing something else to hold on to than his already shaken beliefs just makes sense. By letting go, he would free himself of the fear and guilt that comes with it. It's probably my upbringing making me think that though, but I find these possibilities so intriguing to think about. With timelines and stuff being a part of the grander Echo mythos, I can't help but want different outcomes that alter the future for some of these characters for the better.

Echo operates on multiverse anyway so good endings are possible regardless of what endings we end up with.

Can I stream it? looks amazing xoxo

I can't wait for the full game to be finished. I should touch some grass because i'm addicted to this

To be honest, I don't think Sam's religious views make any sense. If Sam believes that God is cruel and is constantly afraid of punishment because of what he has done, then he should be afraid of committing other sins just as much because God will punish him because he is cruel. At the same time, he criticizes Saint Paul saying that one must radically cut oneself off from sin and the submission of the flesh, saying that the teaching of Jesus said something different. Suggesting here that someone can sin from time to time and that's okay. But this has nothing to do with the cruelty of God. If God allows sin, and Jesus somehow implied it, then that is against harsh judgment and cruelty.

The whole shed scene in the latest update is also weird to me. Sam's views make sense for this scene, but they seem detached from other moments where Sam is terrified of God's judgment. I think the whole polemic with Saint Paul was written for this one thread, but in isolation from the whole story.

Of course, I know it's still just furry visual novel, but I like being consistent in how the characters are written. This is important, especially in a thread that is likely to be relevant in Will's route (I think). I'm still enjoying the game, but I'm starting to notice some turns that I don't like.

It is possible that I misunderstood Sam's message due to the difficult words and my language barrier, but I tried to understand this passage correctly.

From Sam's perspective, he essentially thinks God is alien and impossible to understand despite trying his best to understand him, and he thinks many from the bible do not understand what he really is. (Of course, he doesn't want to think that or explore that because he's afraid to be accidentally sacrilegious--though he absoultely does, and it's one of his intrusive thoughts.)

This is part of why his faith and belief is very shaky despite his best efforts and obsession with reading the bible.

He believes God is likely wrathful and uncaring, and believes it is possible for himself to be already damned in spite of his best efforts-- though he is trying to admit that he doesn't really know the truth, and that those who claim to know the truth are untrustworthy.

He struggles against constant uncertainty, and is most devout in moments of panic (when he's begging for mercy to a force that seems almighty, eternal, and intangible).

Sam would most likely be Gnostic if he knew what gnositicism was, but he's not book smart.

This makes a lot of sense. People (human, anthropomorphic animal, or other) have cognitive dissonance, which often takes a lot of time (and sometimes therapy) to recognize and resolve. It's why we see others often behave in contradicting manners, sometimes even when religion is concerned.

I always interpreted Sam's behavior as a sign of this, given his belief in a wrathful God and belief in the possibility of redemption. These two ideas seemingly contradict one another and result in Sam's elevated levels of emotional distress, as seen through his anger, guilt and anxiety. Until he enters into a psychological state of congruence (which he most likely won't due to all the uncertainties regarding God in general), these emotions and behavioral contradictions will persist. Of course, Sam doesn't view it this way. He views all of his difficulties and the resulting emotions through the lens of Sin and Virtue, which is a form of all-or-nothing thinking. He is trapped within the rigidity of his own beliefs.

This turned out to be a lengthier response than I intended, but I do personally relate to Sam a lot and that is why I love him as a character. I didn't grow up going to Mass regularly, but I somehow still managed to have The Catholic Guilt© for many years. Even to this day, I have a bit of a guilty conscience. I see a lot of my old self in Sam and that's why I love his perspective.

i thought william was best looking till i saw kane.

I don't think he's going to tell, he's just going to demonstrate in actions, which he's already started to do. pay attention to the smallest details

but there's a kiss scene... you just might not have gotten it due to your in-game decisions. And yes, I believe there will be other scenes like that. I only commented that way because I can't imagine william talking about his feelings, it doesn't seem like his type. He seems to be the type to go out there and do it.

It would be a fitting thing to do after they're done with their thing, so right in the final act. Feels like that's a natural progression of events.

When will the new android update release?

How do i skip ahead to the part im actually at every time there's an update? I'm using the itch.io app

Oh gosh!  William's note book by the end of this update, those doodles and that music... x3

That's what I'm saying...
Why're they so intricate!?

I like William more and more every time his route updates.

The spider we first see in Nik's route? ITS LEGS ARE MADE OF THE LEGS OF CREATURES!! 😱😱😱

It out my dude. Look.

Probably a silly question but I'm confused - folks in the comments keep discussing routes/character updates I'm not sure where to find. I've reached the end of the latest update but seem to be missing stuff unless I'm misunderstanding...

O h. Wait. After a bit more reading I think I figured it out. I'm on Android and if I'm reading correctly, the Android updates are quite behind all the others. Okay. Maybe I just have to download it on my laptop!

The plot is very attractive, and Nik is so cute! I love Nik and look forward to his next chapter🤗

It should be around this week. 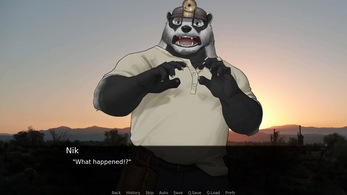 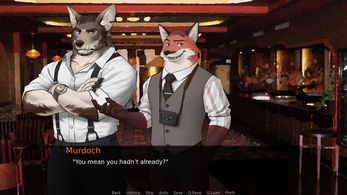 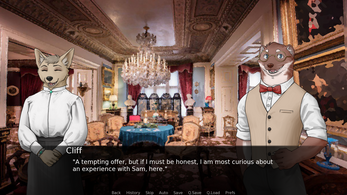